How to Kill Fungus Gnats

Fungus gnats are tiny gnats that fly close around your plant pots. They are small and harmless to humans. It’s easy to miss them at first or mistake them for fruit flies.

In its various life stages, a Fungus Gnat feasts on your plants roots and plant parts. This invites diseases to install themselves in your plants. You’ll eventually notice the plant is suffering but you may not realize the culprits are those innocent looking gnats.

By the time you notice them an infestation is usually already well underway.

We don’t want them in our homes or greenhouses. This article discusses how to kill fungus gnats and manage your plants to avoid fungus gnat infestations in future.

Where do Fungus Gnats Come From?

These itty bitty Gnats appear seemingly out of thin air. They didn’t. Fungus Gnats thrive in wet moist soils and they love humidity. Your moist organic rich soil is what attracted them.

Gnats may enter your home (or greenhouse) in several ways.

Once fungus gnats infest your plants they are tough to kill off. Houseplant pests are just a part of the hobby. Learn about fungus gnats and get a plan.

Where to look for Gnats:

If you see fungus gnats on plant pots or the plants it’s time to take action.

They feed on the fungus in your wet soil. No fungus? No problem. Fungus gnats also snack on your healthy plants tissue.

Then the adults lay tiny eggs in the soil.

The eggs turn into hungry larvae. Fungus gnat larvae feed on your plants roots and fungi in the soil.

Notice the green soil in the picture. That is fungi and the larvae love it.

Photo Curtesy of the University of California

After the roots and plant tissues are left with open wounds they are susceptible to various pathogens. Your plants will droop and may well die if the infestation gets too bad.

Since the gnat lifecycle is completed in a month in your plant pot total eradication of gnats will take some time.

You may have large numbers of gnats in various stage of the life cycle all in one pot and not realize it. If you see a couple gnats. ACT.

These pesky insects have four life stages. From the adult fly to eggs to larvae to pupa and back to the fly it takes about 28 days. We have to stop one of these stages completely to disrupt the life cycle and eliminate the gnats.

Have a large greenhouse infested? Read this on methods to get rid of gnats in commercial greenhouses.

For the home and small greenhouse with a few potted plants or beds here are some ideas on how to get rid of fungus gnats.

How to kill fungus gnats:

Most effective Method to Kill Gnats:

Combining sticky traps, potato cuts and Bacillus Thuringiensis products will work well. We find this to be the most effective way to kill gnats off entirely.

Adding the sticky traps and cut potatoes in pots at the soil line will help manage the gnat adults and larvae but will not eradicate them entirely.

However, They are a good partner to BTi. They help you monitor the plants gnats population, kill some and stay ahead of them over time. Read more about these methods in our management section below.

In order to detect and manage your gnat population use fungus gnat traps to attract (and kill) flying gnats. Gnats are attracted to both yellow and red sticky tape.

They will lite on the tape and stay stuck. This gives you a visual idea of how many gnats are reproducing in your plant pots.

To find the larvae cut flat disk of peeled potatoes (about 1 inch around and 1/2 inch thick). Lay them on the soil. The larvae will crawl under the potatoes and you can remove them every other day or so.

The potato chunks help you keep an eye on the extent of your gnat population. Replace the potato every other day or so and repeat.

This is useful when you are in the heat of the gnat wars and wonder if you are making headway in the battle. Or think you have won and want to be absolutely SURE they never ever sneak in on you again.

You can also see the shiny trails left by the larvae as they crawl on top of the soil. EWWW….

Here are other methods used to control fungus gnats. but they may not eliminate fungus gnats completely.

Of the methods to kill gnats listed below I have tried the diatomaceous earth and found it sort of effective. It definitely reduced the gnat population when I stirred it into the soil.

Have other plant pests? Our recipe for insecticidal soap will kill insects on house and garden plants. But it’s not effective on fungus gnats.

ALSO fruit flies are attracted to water with vinegar and a drop of dish soup. Then they lite and drown. Fungus gnats are not attracted to this.

Overwatering is the main culprit. fungus gnats thrive in fungi filled moist soil. But they don’t like dry well draining soil. When you keep your plant soil constantly wet gnats will come in to set up gnat camp.

Need more ideas: This article by The University of California discusses more about biological and chemical treatments for fungus gnats. 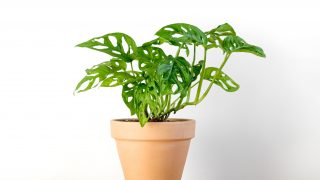 Next →
Pearls and Jade Pothos Care and Profile
Click here to cancel reply.